Time: -
For over 20 years, OWBN has celebrated wise women with a special evening dedicated to special women in the Oceanside community — women we are honoured to know and privileged to learn from.

A wise woman wishes to be no one’s enemy; a wise woman refuses to be anyone’s victim. Maya Angelou

A wise woman recognizes when her life is out of balance and summons the courage to act to correct it, she knows the meaning of true generosity, happiness is the reward for a life lived in harmony, with a courage and grace. Suze Orman

I’m moving into that eldership age, you know? I’m at the ‘wise woman’ age where it’s not about learning, but utilizing the information that I have in a way that serves other people. That’s a high calling and it’s a great responsibility. Iyanla Vanzant 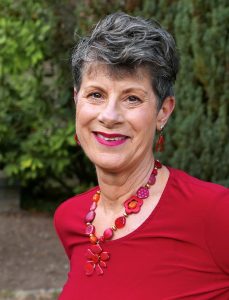 Born and educated in New Zealand, Dr. Valerie Gunn enjoyed a rewarding career as an optometrist for over 34 years when she immigrated to Canada. Her success in a male-dominated profession saw her as a business owner in practices in Vancouver and Vancouver Island.

The medical qualifications were different when she arrived here, so she upgraded her degree at the University of Houston, attaining a North American designation. That enabled her to purchase business partnerships, where she supported male counterparts, and over 25 mostly female staff.

Valerie and her husband of 42 years, lovingly raised a son. And, although she is now retired as a doctor, she is still learning and experiencing new things. She continues to be active as a volunteer, and is the current president of the Canadian Federation of University Women. 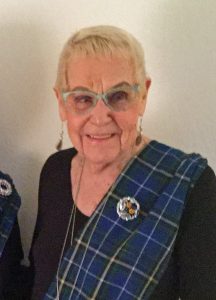 Joan LeMoine is known locally as the Super Volunteer, tirelessly giving her time and talents to causes that have made Parksville a better place. Instrumental in driving the creation of the Parksville Beach Festival Society, she has served several years on the Board and 15 years as volunteer coordinator to help grow BeachFest to over 130K visitors each year, putting Parksville on the international map.

For the past 7 years, Joan has helped to raise over $40K for Cops for Cancer Tour de Rock. By getting pledges for shaving her head, along with others, they helped cancer-inflicted kids attend Camp Goodtimes, to help raise their spirits.

Joan has received numerous awards for her exceptional long-term service, acts of selflessness, and contributions to community life.  They include the Medal of Good Citizenship from the BC Government in 2016, and the Queen’s Diamond Jubilee Medal in 2013. Parksville is a better place because of Joan LeMoine.

We provide networking opportunities for the mutual support of women & their endeavours.